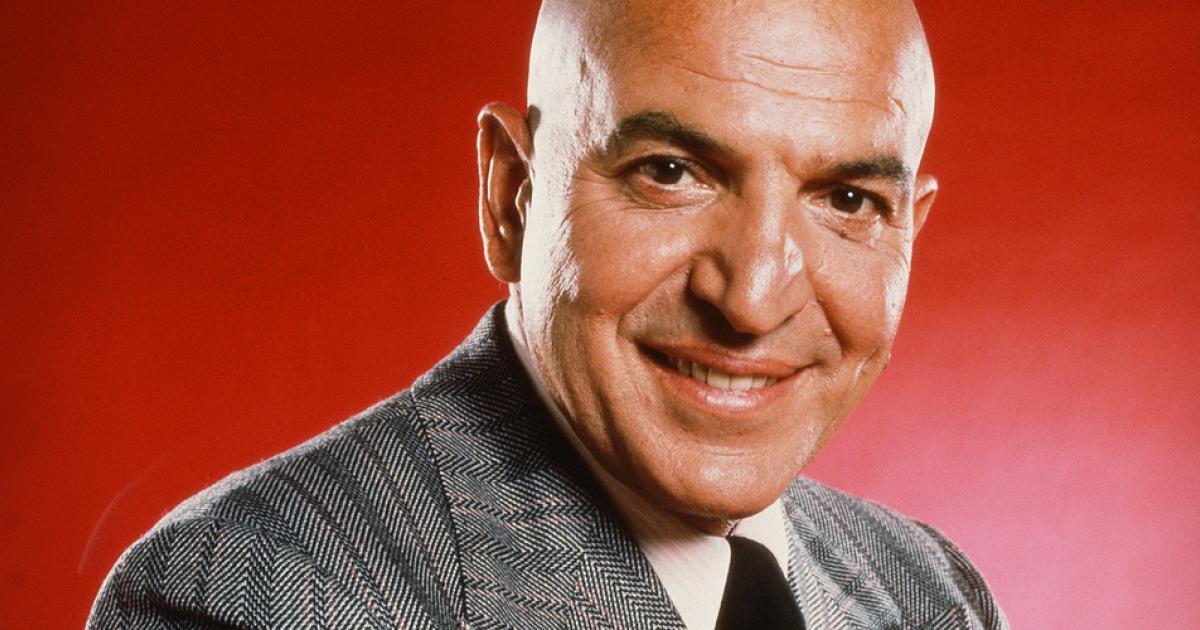 Telly Savalas was an American actor best known for his role as a tough, New York City detective in the 1970s television series, Kojak.

He was born on January 21, 1922  in Garden City, New York as a son of Greek immigrants, Savalas and his brother Gus sold newspapers and shined shoes to help support the family. In 1941, he joined the army and served in World War II, from which he was discharged with a Purple Heart disability.

After his release, Savalas attended the Armed Forces Institute where he studied radio and television production. He went on to enroll at Columbia University where he continued his studies in psychology. During the early 1950s, Telly worked for ABC radio, the Voice of America, and eventually became the executive producer of his own popular talk show, Telly’s Coffee House, for which he earned a Peabody Award.

In 1959, Savalas attended an audition for the CBS anthology series Armstrong Circle Theatre, intending to prompt an actor friend who was up for a role. Instead, the casting director took Savalas’ sinister demeanor into account and cast him in a character part, which led to other TV assignments and movie roles. A performance in Matter of Conviction impressed actor Burt Lancaster, who cast him in Birdman of Alcatraz(1962). Savalas earned a Best Supporting Actor Academy Award nomination for his role as solitary row prisoner Feto Gomez.The bald-headed actor became known for his sinister character roles, often as sadistic or psychotic types. In 1973, he landed the part of tough-talking New York City detective Theo Kojak in the TV movie The Marcus-Nelson Murders. His incorruptible, lollipop-sucking character was so popular that a spin-off series resulted, which ran from 1973-’78 on CBS. The show catapulted Savalas into icon status as the very image of the hedonistic ’70s. This clout allowed him to hire brother George (professionally named “Demosthenes”) in the role of Detective Stavros. And to this day, Kojak’s catchphrase, “Who loves ya, baby?” can be heard around the globe. Savalas won an Emmy and two Golden Globes for his role on the series.

After Kojak ended, Savalas embarked on a globe-trotting existence involving several forgettable European films and a decadent, self-indulgent lifestyle. Though he periodically revived the character of Kojak in a few 1980s TV movies, his new role as credit card spokesperson likely earned him more air time. After the show ended, Savalas continued to act in smaller roles in television and film. He died on January 22, 1994, in Universal City, California.